Great news for all the football players and their fans, now you can check out Korea's K-League Football legend Lee Chun Soo's football techniques and core exercises for football players through digital content on 300FIT.

Player Lee Chun Soo was an active player with over the ball movement and through the ball skill using his quick snapping speed, invasion skill, and dangerous mid-range shooting during his career, representing Korea's Football as a legendary player. 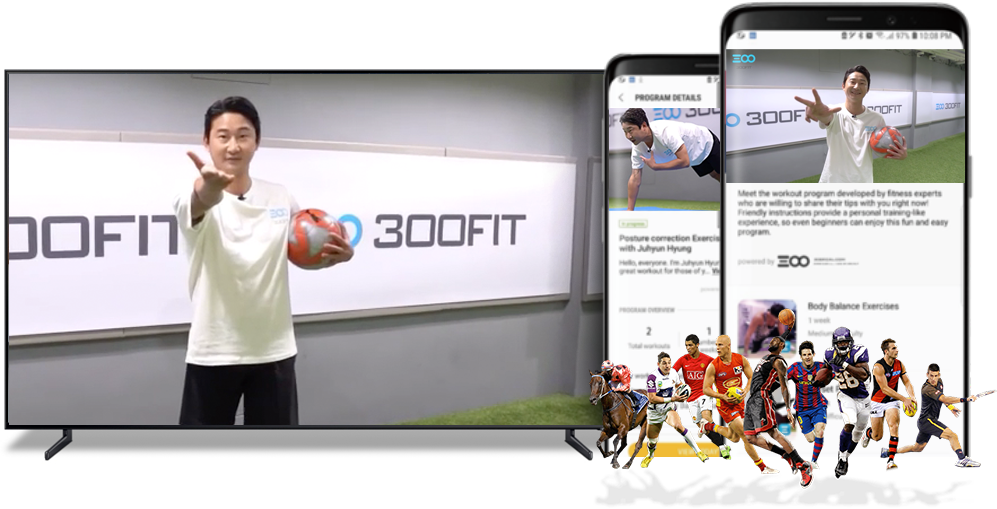 Now on, meeting Lee Chun Soo live on the football field won't be possible, but you can meet him online through 300FIT, and very soon you will be able to view his football techniques and weight training methods.

300FIT is an in-home-exercising app that is run by athletes and trainers, after its release in July 2018, it been serviced to users on the Samsung Health app. Currently, 300FIT is being used by more than 200,000 users in 145 countries around the world.

Recently, there had been an increase in the visits and usage of the 300FIT by the Samsung Health app users of 12% ~ 18%, which can be confirmed by the users in the global market.

Also, since May of this year, 300FIT was not only on the Samsung Health Service but also on a larger screen as QLED TV and 2020 version of the Samsung Smart TV.